Several months ago I found this photo. 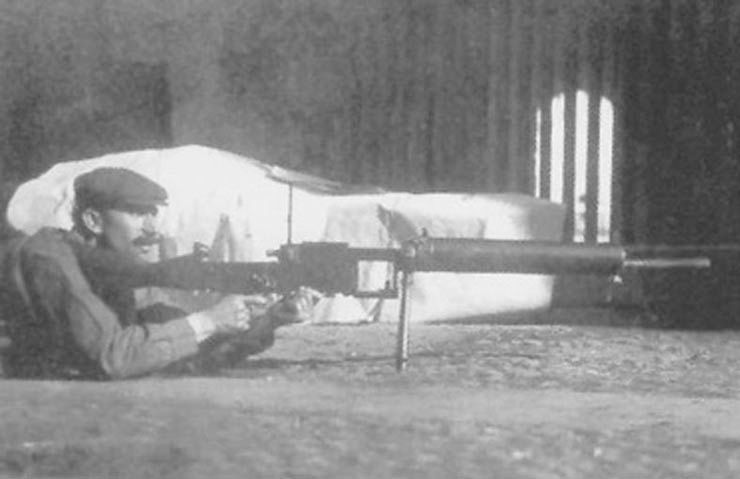 The caption to the photo read that this is an experimental modification of the Italian FIAT-Revelli Modello 1914 machine gun. Obviously, it is the main italian machine gun of the First World War converted into a portable light machine gun: equipped with a stock, bipod and, perhaps, slightly lightened. The dating could not be established, it could be WWI-era or early interwar era. In my opinion, this conversion is probably inspired by a possible trophy of the German MG 08/15 and was created approximately in 1917-1919.

In the handbooks, forums and online encyclopedias, there were no details or even any mention of this weapon (well, except about the original machine gun, of course). Does anyone have any information about this gun?

Recently I looked at old photos of soldiers and weapons of Austria-Hungary and discovered something that had not been seen before. 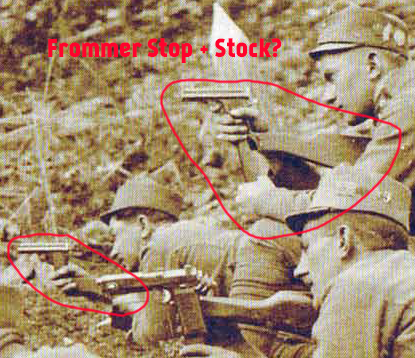 Notice the unusual modification of the Frommer Stop with a body kit? What is even more mysterious – I did not find any additional information or other photos of this version of this pistol.

In themselves, the extended magazines for the Frommer Stop have long been known, there were variants for 15, 25 and 30 rounds which were used with different automatic modifications of such pistols, but it is something entirely new to see one with a stock, and not as single exemplar. I’ve read text references to the use of certain submachine guns on the Italian front by Austro-Hungarian troops. And the Dual Monarchy had many of them in own arsenal, although they did not have a variety of original solutions. 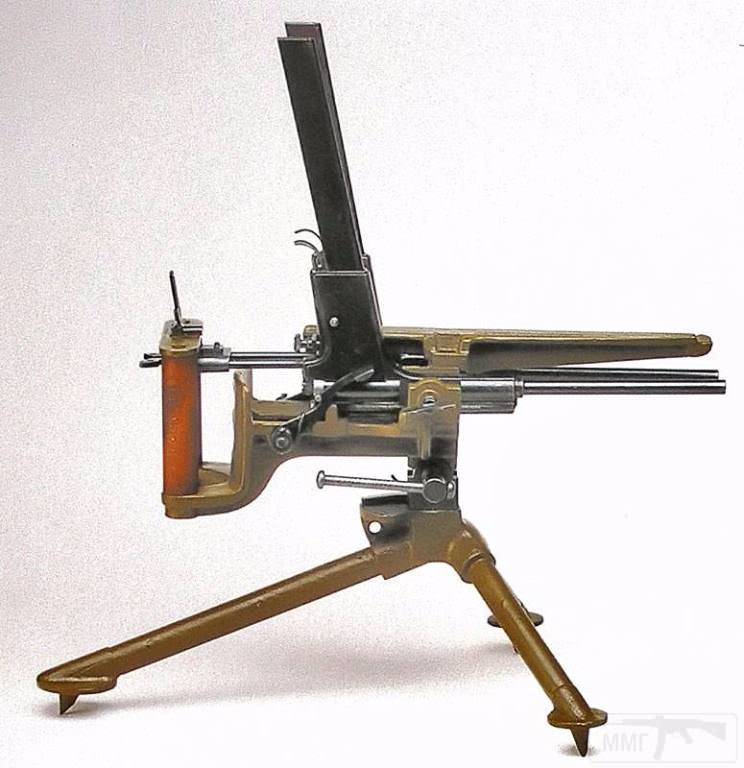 A very unusual weapon, called Pistolen-MG M.17. It is literally the Frommer Stop’s twin, as lightened as possible and adapted for firing from a special tripod mount. 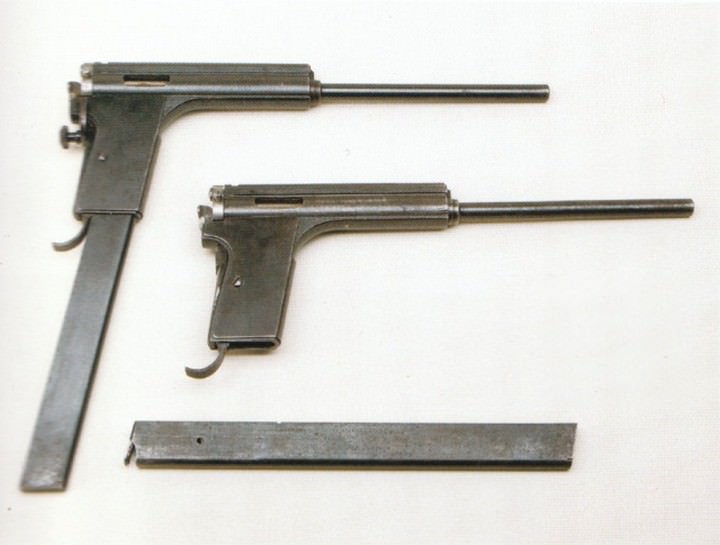 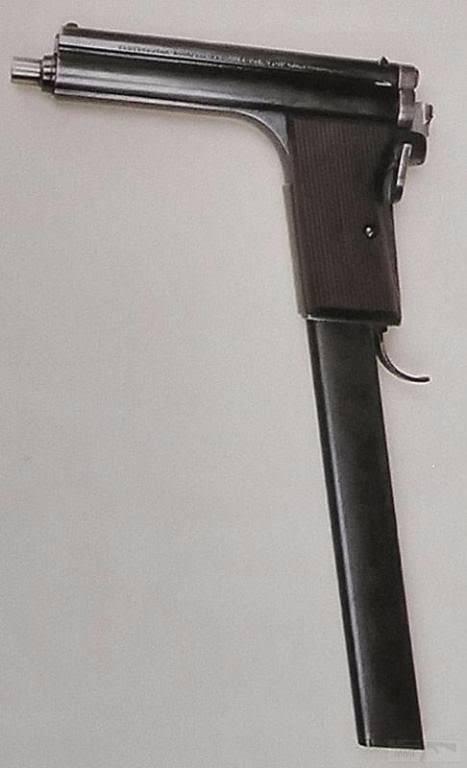 Automatic Frommer Stop with an extended magazine and a slightly longer barrel (most likely based on the version of the pistol for the pilots). Maxim Popenker, the famous russian researcher, many years ago showed a very similar Frommer Stop, but that was much simpler. Presumably, it is a special pistol variant for a disabled officer with damaged fingers. 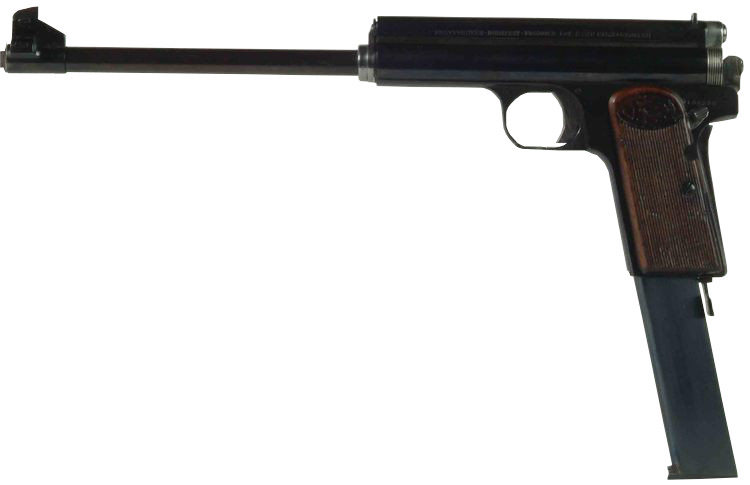 Automatic Frommer Stop with long barrel and an extended magazine. Only one sample and one photo is known to exist.

I can assume that in 1917, a small batch of Frommer Stop pistols was converted to automatic fire, equipped with an expanded magazine and butt, which were used in Jagdkommando – the Austro-Hungarian equivalent of legendary german Stoßtruppen, i.e. assault units. 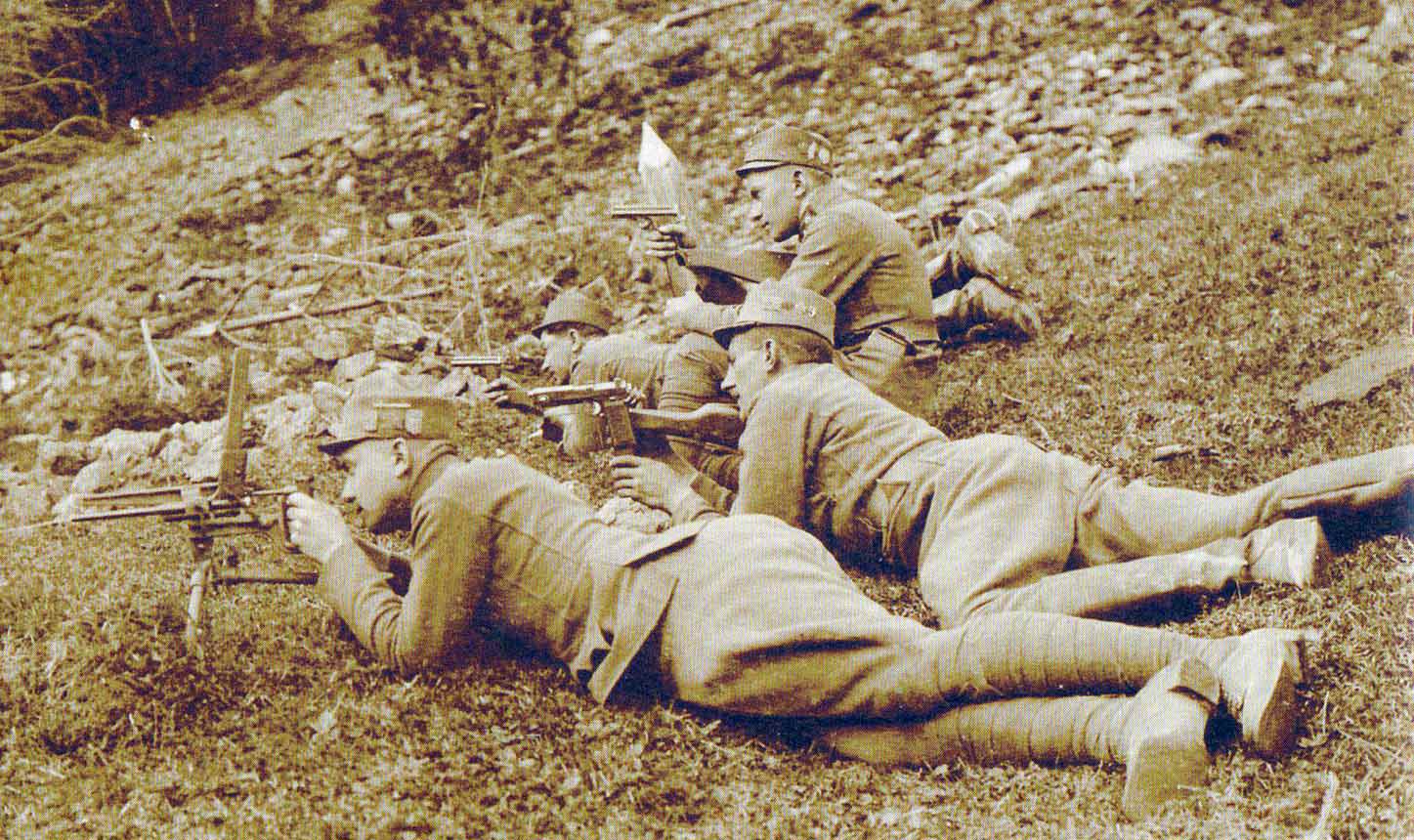 The original photo, which was the cause of this micro-note.

Does anyone have any details on this enigmatic version of the Frommer Stop? Please share information if you know something.

My name is Maxim Krylov, I live in Russia and have a master’s degree in history. I have long been fascinated by military history, specifically weapons and technology. In the course of my research, I have found a lot of interesting and unusual things. I and my small team of like-minded people are very passionate about military history and we decided to make this blog to share interesting findings with others.

So far, this blog is dedicated to the Great War and the interwar period. I do not pretend to have a high level of presentation, or a professorial degree of knowledge (hence the title «Armchair history»), but I will adhere to a commitment to make quality content. In the future, the subject of the blog can be expanded, new authors could also be added in the future.

I have a personal blog in Livejournal, where I first make my entries in Russian. This blog contains the same entries for an English-speaking audience, so there will be a small time gap due to the need for time to translate new entries.

I wish you pleasant reading, please be polite in comments. This blog prohibits any form of discrimination.